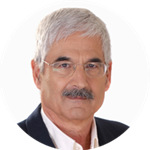 Will Rice Save the World?

Rice is, by far, the most important food crop in the developing world, particularly in the Asia-Pacific region. Not fruits or vegetables, or wheat, or meat. Rice. Rich in nutrients, vitamins, and minerals, and dense in dietary fiber, rice is inexpensive to buy, easy to prepare and filling. As such, it is an important contributor to food security in some of the poorest, hungriest countries.

Globally rice is cultivated on over 163 million ha in 118 countries taking up 11% of the world's cultivated land. More than 90% of the rice is grown in Asia using more than 45% of the total irrigated fresh water resources.

By 2050, the global food demand is projected to increase by 70% which in turn is expected to increase the demand for water at a rate of 0.7 percent per year. However, in major rice growing areas, farmers are already facing a challenge to produce more rice per unit land with limited water. 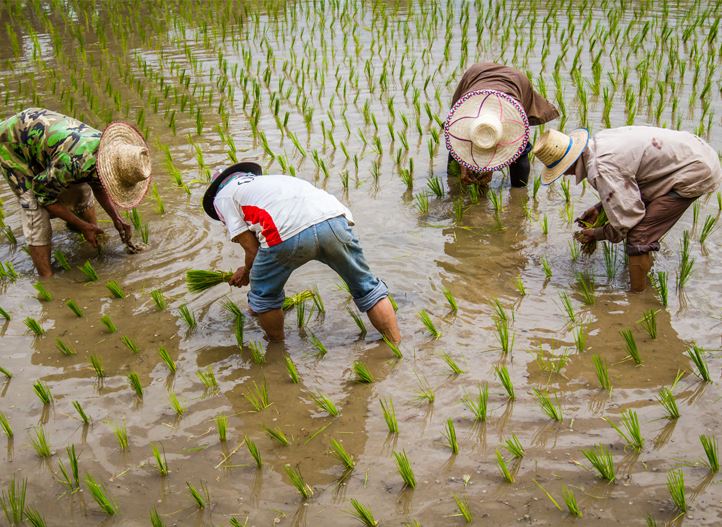 Drip irrigation - the next revolution in agriculture?

It has long been believed that rice is an aquatic plant or at least a hydrophilic one. That's why ttraditionally rice is cultivated under continuous flooded field conditions maintaining 3-10 cm depth of water. However, contrary to popular belief, field studies have revealed that rice plants are not aquatic and do not grow best under flooded conditions. Moreover, greenhouse gases like methane and nitrous oxide, are emitted from flooded rice fields. Methane gas is produced by the decomposition of organic matter under anaerobic conditions or flooded rice fields and released to the atmosphere whereas in aerobic conditions it is absorbed in the soil. According to US-based advocacy group Environmental Defense Fund (EDF), methane and nitrous oxide emissions from rice farms could have the same short-term warming impact as about 600 coal plants (1,900 MMT per year CO2e100).

This poses a double challenge of increasing production to feed the growing population on one hand while reducing greenhouse gas emissions on the other hand. How can farmers in developing world continue to meet the needs of rice-consuming populations as they grow and evolve?

Yet, as the local populations continue to grow, and only a few of these countries are keeping up with global urbanization and prosperity trends, there is great concern that the demand for and consumption of rice will outpace existing cultivation capabilities. Although rice has the potential of sufficiently feeding and saving the world’s population, it is currently estimated that, if no changes are made to existing farming practices, rice consumption will increase faster than the population growth of major Asian countries by the year 2025. 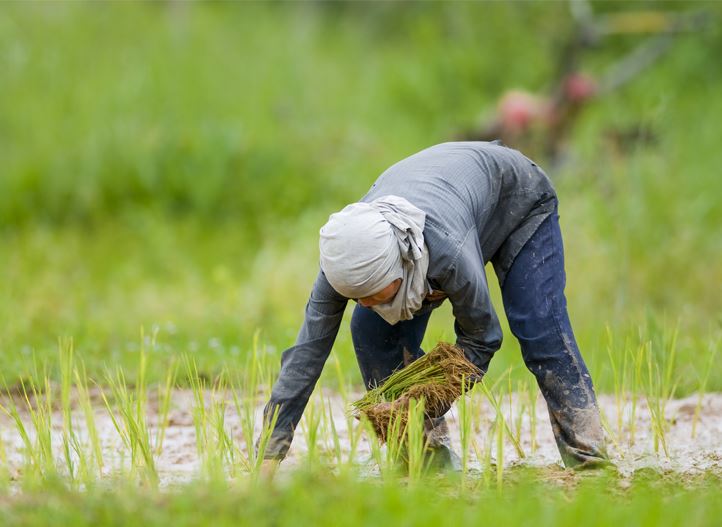 The key to harnessing rice as the savior staple food, is using the right agricultural technology capable of obtaining the most (rice) - from the least (time, money, water, other resources). Drip irrigation technology is an ideal solution which farmers must adopt if they wish to grow this vital staple food in a smarter, more abundant, economical and environmentally-friendly way. Here’s why:

Drip vs. flood irrigation - making better use of precious resources

Drip irrigation makes better use of local freshwater sources. While producing a ton of rice in a paddy system (using flood irrigation) will consume 5,000 cubic meters (m3) of water, the same ton grown with drip irrigation will need only 1,500 cubic meters (m3), eliminating the risk of this precious natural resource evaporating, running-off, or percolating from the soil’s surface. This means that by using up to 70 percent less water with drip irrigation products, you can save money on your water bill and also make more rice available for consumption. 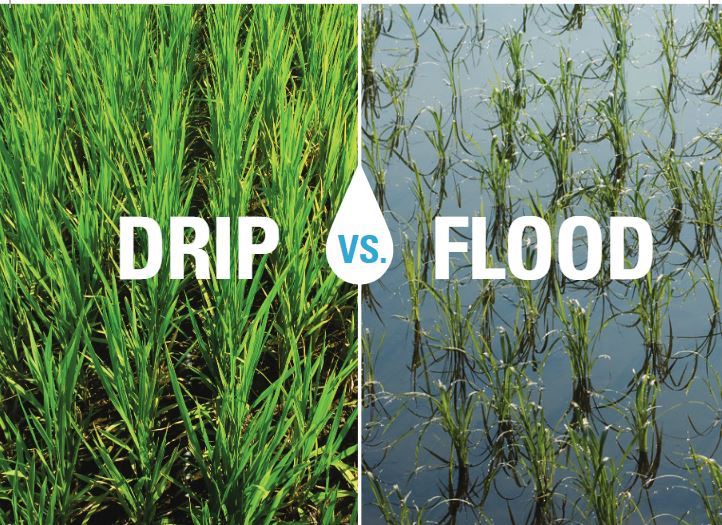 Switching to drip irrigation has been proven to increase rice yields by up to 50 percent, reaching up to 12 tons/ha in produce. With drip, farmers can also grow more than one crop cycle in rotation, i.e. two crop cycles or seasons a year, making better use of every hectare of field in their possession. For those countries with the largest, poorest populations, this ability to grow more rice per square meter of field, at once and in repeat seasons throughout the year, is a critical step towards enabling food security via this staple food. 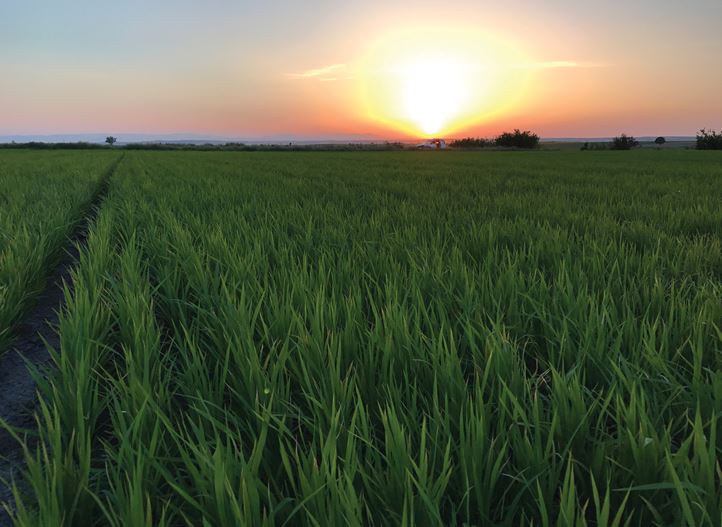 Ensuring a sustainable and food-secure future

Drip irrigation helps control the emission of greenhouse gases traditionally emitted during paddy system or flood irrigation processes. While paddy rice cultivation generates 20 percent of methane gas emissions worldwide as the result of bacteria festering in the waterlogged soil, drip irrigation helps prevent the penetration of nitrates into the groundwater, leading to significantly reduced greenhouse gas emissions. If just 10 percent of paddy rice farmers were to switch to drip, the drop in emissions would be equivalent to taking 40 million cars off the road! 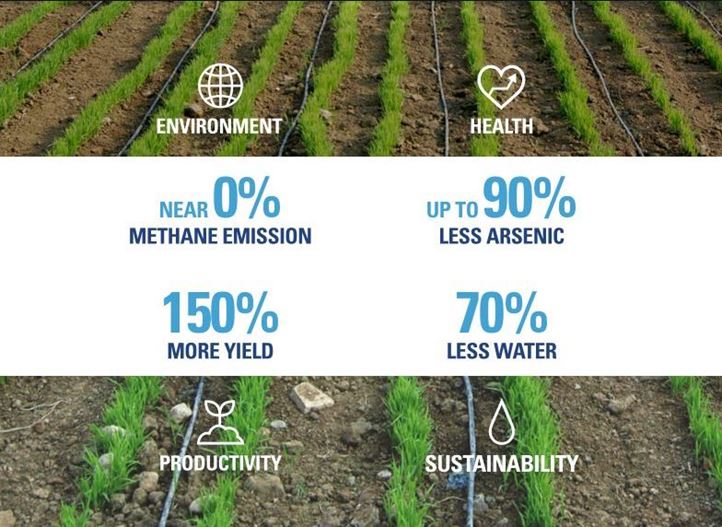 Want to see how drip irrigation is better for rice cultivation.

We highly appreciate your comments and suggestions!